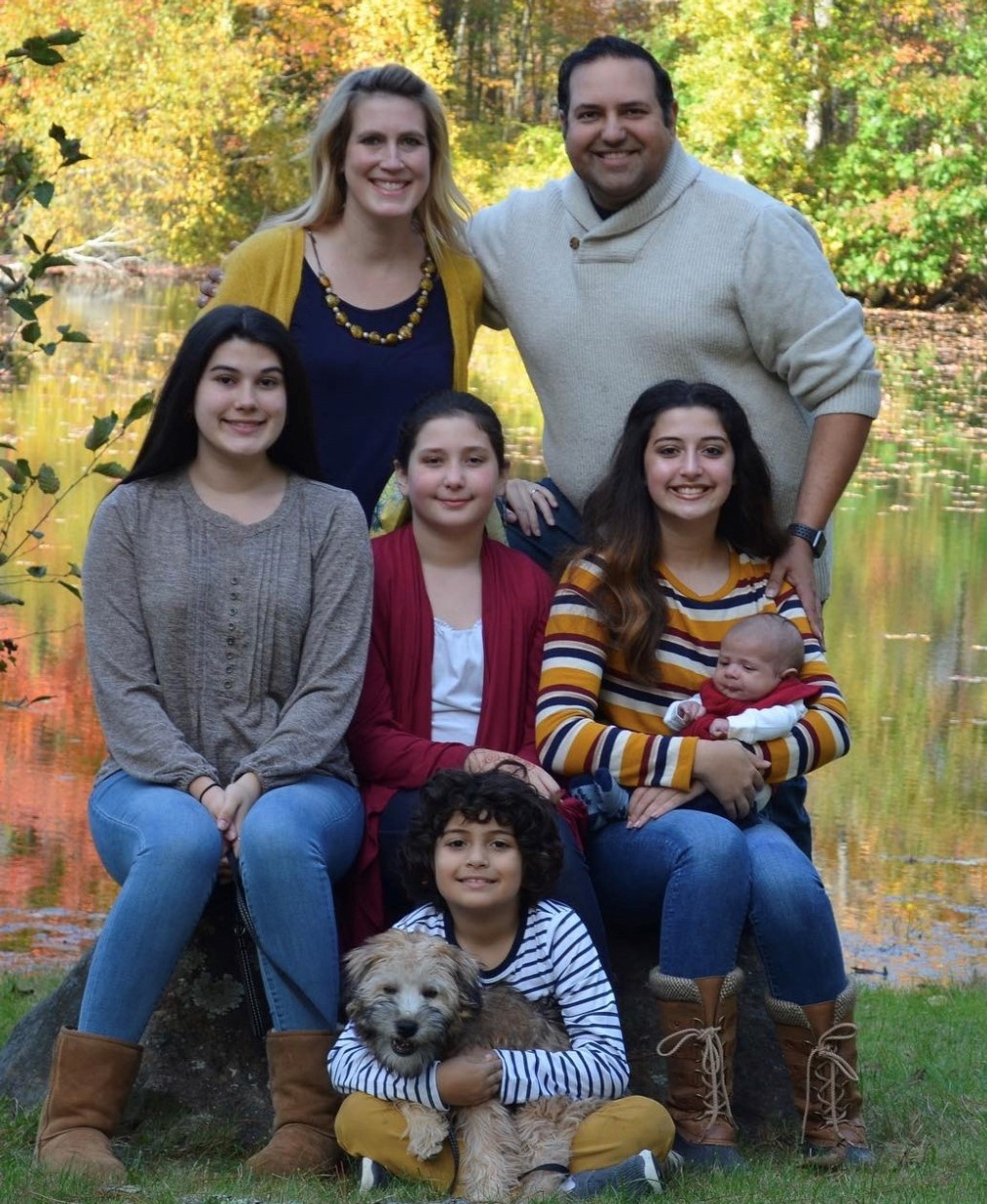 To most people, Ajay Vyas had all the markings of a successful pastor, but a secret lurked just below the surface. Ajay served in a large suburban church for 10 years as a lead associate and family pastor. Then he planted a church near Baltimore, MD, which grew over the next eight years from 20 to 90 in attendance. Ajay and his wife, Julie, have been married for 18 years and have four children aged 15, 13, 10, and 7. Their life looked like a fairytale.

However, what people could not see was the looming mountain of student debt and interest that had accumulated after 18 years of deferment – over $100,000. After Ajay and Julie were married, they paid off Julie’s student loans, but Ajay’s loans remained in deferment while he continued his education. As he neared the completion of his doctorate program, he and Julie were too scared to think about the looming debt payments.

“We had no savings at all. If something catastrophic happened, I don’t know what we would have done.”

Additionally, with aging parents and children heading to college in a few years, the weight of financial anxiety was heavy.“We didn’t have a budget, so we didn’t really know what we were spending each month. We just knew we were making ends meet, so we counted that as okay,” recalls Julie. They tithed regularly and paid off credit cards each month, but they never seemed to have enough left over to save. Ajay adds, “We weren’t having any discussions as a couple about our financial future. We had done nothing about retirement. We had no savings at all. If something catastrophic happened, I don’t know what we would have done. We didn’t even talk about it.”

At a 2018 PALCON, Ajay heard about the COMPASS Initiative programs. At first, he thought, “This sounds awesome! Is this real? Is the Church of the Nazarene really trying to help pastors with their financial future? What’s the catch?” He attended the COMPASS Initiative workshop and felt a spark of hope that maybe there are people out there who could help him and give him some tools to use. Ajay and Julie immediately signed up for the next COMPASS True North Retreat. For the month leading up to the retreat, they had to track their spending – every penny – something they had never really done before. They had to gather all of their financial information: bank accounts, credit cards, student loans, car loans, mortgages, life insurance policies, retirement accounts, anything and everything; and they brought it with them to the True North Retreat.

“It was scary to open up and talk about your finances with strangers,” Ajay admits. “There’s a lot of vulnerability and transparency involved, and shame, feeling like you’ve done a horrible job. But the True North team helped break down those walls because they made us feel loved.”

It was at the True North Retreat that Ajay and Julie first looked at their student loan debt and discovered how much they owed. Ajay recalls, “I remember…I think Julie teared up…we were just in shock. We were like, ‘How are we going to do this?’ We were devastated, but then our retreat mentor said, ‘Hold on. You can do this. The first step is about gaining knowledge, so let’s talk about it. You didn’t get into this in a day, so you won’t get out of this in a day, but let’s start taking steps in the right direction.’”

They left the True North Retreat with a glimmer of hope.

Together, they created a budget for the next year and a debt reduction plan. For the first time, Ajay and Julie talked openly about their financial future, and they left the True North Retreat with a glimmer of hope. Next, they signed up for the COMPASS Journey, a one-year process of financial training, practice and accountability, where they developed personal financial goals as well as goals for their local church.

Then came an unexpected pregnancy, and a few months later, a new ministry assignment and a major move, which could have meant financial chaos, but with their new tools, a budget, and a long term plan, the Vyas family not only weathered the storm but they thrived. They found ways to live within their means and to make saving a priority. In fact, they saved over a month’s worth of salary, reduced their student loans by 30%, and paid off a car loan with help from the sale of their home in Maryland. They also refinanced their new mortgage at a lower rate and are applying the $300 per month savings to the principal each month.

Now Ajay and Julie have completed the COMPASS Journey and the COMPASS Quest programs and have received the accompanying grants that they used to pay down their student debt. Personal finances are not a burdensome anxiety anymore for Ajay and Julie. Yes, the budgeting and planning still takes work because life is full of twists and turns, but now they have the knowledge and skills to navigate those changes.

“It feels like we were carrying this huge weight on our back,” said Ajay, “and now that weight is becoming lighter and lighter. There is such a sense of freedom, and our hope just gets bigger and bigger.”

"There is such a sense of freedom!"

You, too, can experience this freedom and hope. Explore the COMPASS Initiative programs at COMPASSinitative.org, and begin your journey to financial freedom today.